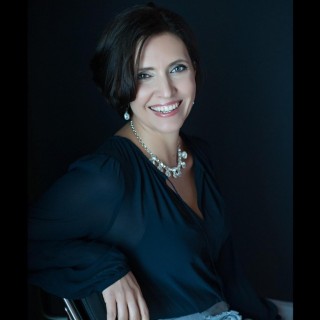 This past month has been one of those months where the stars align and everything makes sense… or a meteor falls on your head in order to get your attention – either way, something happened to make me wake up.

I started the month off by attending the Film Independent Forum. Having attended so many of these conferences before, I found myself drawn to some of the more unusual panels – wanting to hear something new and different. I was not disappointed – there were so many fascinating discussions! Two of my favorites were on fiction podcasts (totally have to play in that arena soon) and on creating webseries.

The following week, I was fortunate enough to hear Lisa Ebersole speak, again, which is always a treat. Last time, she spoke about her webseries, 37 Problems; the journey she went through to make it and how it opened doors for her. This time, Lisa spoke about writing from your “authentic lens.” I tend to write a lot of action/sci-fi including places, times and aliens that I will never go to, experience or meet, but that’s not to say that I can’t or don’t already write from an authentic place within those spaces. However, Lisa’s words got me thinking about playing with something new…

That same week, I was asked to create a new premise for a web-series. What perfect timing! I decided on some boundaries for myself – it had to take place on Earth, in modern times, with humans, who had real jobs and families… and, okay, I added a ghost. Some habits die hard…

It was such a fantastic exercise, and I have completely fallen in love with these characters and the possibilities within the world. So, since we’re in a time of doing… I plan to move forward with this webseries. I’m going to write out the rest of the season one episodes, and then push it forward into production! Very excited about this one.

All it took was being hit over the head all month to know – on a soul level – that it’s time to join the do-ers, and get my stories out there right now – in my own way, and on my own terms. Of course, I will continue to work on the multiple features and television shows I have in development, but I think it’s time to play in alternate storytelling fields as well. (I’ve shared my previous passion for comics and graphic novels – which by the way – I am now adapting a project into graphic novel format – yay!) But it’s time… time to make this webseries and get it out there. Time to create a fiction podcast. Time to play with more transmedia. Time to direct my own short films. It’s time to get shit done that doesn’t require months or years of pulling together multi-million dollar deals (which I am still all for and totally working on), but in the meantime, I’ll be over here getting my stories out to the world through every possible avenue – cuz, honestly, they all rock!

As a working screenwriter, I write every day.

Today, I was asked to look at ways that I can add even more writing into my life/career. After taking into consideration what is actually possible to add into my already hectic workday, I came up with the following list of items that have been on my mind and decided to make a commitment to follow through on all three:

I used to write twelve new story concepts every morning (thank you Hal Croasmun), but life happens and I fell out of the habit. This is my commitment to return to it.

I have been wanting to create a blog on the creative process of writing and producing that explores moving multiple projects up hill and everything in between. I think it’s about time that I put some sweat into it and get ‘er done.

I discovered a real passion for writing comics and graphic novels (as you may have noticed with my post about Comic Draw). There is one specific project that I currently have in development that the team wants to turn into a graphic novel. No more waiting! It’s time to write those scripts and lock down an artist. Super excited about this one!

There you have it. The commitments are out there. It’s time to up the writing ante.

Through the years I have dabbled with Pinterest but was never really crazy about it. Maybe I just didn’t see the potential, or perhaps I was too busy to give it a chance either way, it was one of those social media sites that I joined, downloaded the app for and never really went back to.

Recently, I dove back into Pinterest to make a couple of boards for some new characters I’m developing, and suddenly all of the possibilities are opening up before me. What an amazing tool! What the hell was wrong with me that I didn’t see it earlier? I feel like a monster has been unleashed – be warned – I may not be able to stop myself!

Here are the beginnings of my new character boards:

My inspiration this week is an app I just discovered, Comic Draw.

As a full-time writer, I spend a whole lot of time at my computer, writing pages and digging deep into research. More than is probably healthy. As someone who has always been drawn to the arts, from those early years in fashion design school to my work as a photographer and filmmaker, the visual image has always been important to me. As a screenwriter, I watch the images I create in my head and record them onto the page, but a part of me has greatly missed partaking in the creation of each image.

Last year, I took a class on comics and graphic novels, and I have to say, it changed my life. I think I owned a comic book once. I was six or seven years old, and it was Sylvester and Tweetie. The best part of it at the time was pressing my Silly Putty onto the page to duplicate the images. I can’t be sure that I actually ever read the comic, I may not have. In the comic writing class, I had to read multiple comics and graphic novels as I explored the craft. Oh! What I had been missing! So many wonderful stories told in absolutely delightful ways. Nimona is a particular favorite along with Raising Dion and far too many others to name here. I fell in love with a whole new medium and have been itching to play with it ever since.

Recently, I learned about Comic Draw. It’s incredible. I can write comic scripts directly into the app then illustrate them. Now, don’t misunderstand me here, I am not a great artist when it comes to pencil or the page, or in this case, the iPad, but playing around in the app for me is precisely that, playtime. It’s akin to doodling or coloring, but in an all-new medium that I’m super excited about. Studies have proven that taking the time to play enhances overall productivity. And let’s face it, I’m a little short on playtime at the moment… So, if you’re looking for me, I’ll be over here, playing with Comic Draw.

These women being sworn into Congress. Truly inspiring.

Alexandria Ocasio-Cortez is the youngest woman ever elected to Congress. Ilhan Omar is the first Muslim, and Sharice Davids is our first lesbian, Native American elected. A record number of women will be serving in our 116th Congress, symbolizing changes that have been long coming.

I haven’t been thrilled with the state of the world lately. Not interested in debating anything here, I’m just saying, for me, it’s been rough. But I have hope. I believe in humanity. I think that sometimes we just get lost or confused. We’re constantly bombarded with information, and it’s exhausting. I think that sometimes people just need a break. Unfortunately, this can lead to putting our heads in the sand, not wanting to know… not wanting to care. But we have to care! Because if we don’t, who will? This is our world, the only one we have to leave to our children. We. Have. To. Care.

I’m not in politics – thank God. It’s not for me. I have words in me, and if I organize them just right, I can make people feel and maybe think a little differently than they did before. I hope that the stories I tell will start conversations, make people look at something a little deeper, and see their own reflection in those they felt were different.

We can all change the world, in our own little way – whatever that may be. These women are changing it in theirs, and that is inspiring.

Love it or hate it, we all need a presence on LinkedIn.

Personally, I get a lot of messages from all those people who have “the greatest story idea ever,” and if I write it for free, we’ll both split the millions in profit 50/50.

Or… my box fills with things people are trying to sell me. Services, ideas, their script loglines (secret: I have plenty of my own that I’d like to set up) or a group chain link message – what? But every once in a while there is a message from someone I genuinely want to connect with. LinkedIn, to me, has become one of those necessary evils – but I wish it had a spam blocker.

Regardless, I have my page up and update it when I have to. Maybe we should connect?

How is it that I have been on this planet as long as I have, and never heard about Feedly before? This thing is awesome!

It’s super easy to set up. Create your free account, then type in subjects that interest you. Then pick from a list of blogs that you’d like to follow. The coolest part… they have an app. So now I can just click on my Feedly app on my phone or iPad and TADA, all the news and information I want at my fingertips… new content delivered daily.

I’m just beginning to play with it. Pretty exciting stuff. Here’s my list:

I have a tendency to overdo things, and creating a logo was no different. I ended up making about fifty different logos, then got myself tied up in a twist trying to decide which one best represented me. After making my family and friends a wee bit insane, I made a decision. Here it is.

AND… since there are different needs at various times, I made a light colored alternate. Because you just never know.